Can Men Use Women’s Skincare? 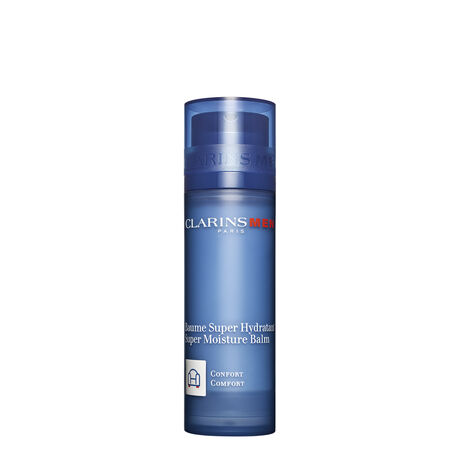 Traditionally, men aren’t accustomed to receiving attention for their skin, considering most men’s facial products, aside from perfume and apparel, do not generate as much marketing efforts from advertisers and promoters. This is because, when compared to women, it is a received notion that men need minimal care when it comes to their skin.

Men’s skin is different due to the presence of facial hair, this does not mean that men need to put in the least amount of effort. In fact, this means that men should invest in products that are specifically targeted to them.

A man’s facial skin is thicker, and its follicles release more oil. Even the hormones released by men’s skin is different from women’s. Hence, this does seem like men actually age slower, perpetuating the belief that men don’t need as much skincare.

That being said, a typical example of a man’s skincare routine would most probably be ordinary soap, his partner or sister’s facial regimen or whatever it is that his hands come into contact with in the shower. While most products targeted for women will work fine both men and women, most of them include specific ingredients such as peeling agents and other acids, which are unnecessary for men’s skin.

So, what exactly do men need in their skincare regime?

The most basic and essential skincare routine for men

It is advisable to stick to a low-maintenance yet targeted routine — again, men’s skin are nowhere near as complicated as women’s. A man’s perfect skincare routine should include:

Fit for any kind of skin type — be it oily, dry, normal or combination — the ClarinsMen Active Face Wash works to purify and gently rid the skin of impurities, dirt and traces of pollution. In case the skin is damaged by razor burn, this cleanser will soften, tone and shield it from further damage.

As men would typically shave often, a handy and beneficial product such as the ClarinsMen Smooth Shave would be best to have at the ready. Formulated with easy razor glide and closest shave in mind, the skin will always be protected from any irritation and cuts. To top it all off, the formula also soothes, energises and purifies with Bison Grass and Chinese Galanga.

Men, too, deserve to treat themselves to something good during their skincare routine. The best way to do it is with ClarinsMen After Shave Energizer, which contains Purslane, Centella and Blue Alpine Thistle to reinvigorate, purify and calm the skin post-shave.

Men too tend to lose collagen over time due to the substantial differences between men and women’s skin. Therefore, it is advisable to invest in a good treatment that will work against time to fight wrinkles and fine lines, such as the ClarinsMen Revitalising Gel.

As men are known to be more sporty, it is imperative for them to utilise a good moisturiser with sun protection. The ClarinsMen UV Plus Anti-Pollution, for example, will protect the skin from both the sun, pollution and other forms of stress. This product is best used to end a men’s skincare routine, and to start the day with.

Questions in the same category

Shaving can be a challenge and struggle for men as it always causes razor burns and skin irritation. Here are some tips on shaving and aftershave care now.

Fight the signs of ageing such as dullness, wrinkles, fine lines and circles with Clarins' men skin care routine. Follow these men's skin care tips for a smooth and youthful complexion.

Men’s Skincare Tips: What is the 7-Step Skincare Routine?

Having a proper skincare regimen is equally important to both men and women, as it keeps our skin healthy and revitalised. Here are some useful skincare tips for men.

Men's oily faces can't be easily solved with mattifying powders and foundation. A complete skincare regimen with the right face care products are the key to purifying and revitalising oily skin.

Get the latest updates on exclusive offers and product news!

Your session has expired. You'll be redirected to Home page in a few seconds...